Energy access is hallowed as an important component of the Paris Agreement on climate change. In addition, recognition of its fundamental role in achieving other global essentials, such as gender equality, economic empowerment, abolishment of indoor air pollution and deforestation, and water and food security, has led to universal energy access being stressed in the Sustainable Development Goals (SDG7). Yet, despite the increased attention by development organisations on energy access in the past decade, much energy planning, whether through the United Nations’ Sustainable Energy for All initiative (SE4All) or nationally driven policy processes, is still dominated by large-scale, top-down, centralised energy infrastructure development. Even where there is an intention to deliver off-grid energy access at scale, uncertainty about which options will be the most appropriate still prevails.

The Poor People’s Energy Outlook (PPEO) therefore presents evidence and methods on putting energy poor people’s (i.e. customers’) needs, rather than government assumptions, at the centre of energy planning. The PPEO is published yearly by the NGO Practical Action, which was just awarded the renowned Zayed Future Energy Prize of the United Arab Emirates at the World Future Energy Summit in Abu Dhabi. The German PPEO launch  on 02 February in Bonn aims to spark a discussion illustrating that current practices have been unable to deliver on global priorities and that 21st century methods and technologies are required to address the 21st century issues and promises outlined in the SDGs and Paris Accord. We warmly welcome registrations from civil society, academia, policy making, international organisations and the media. 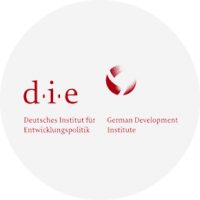